The best favorable rates for transfers! 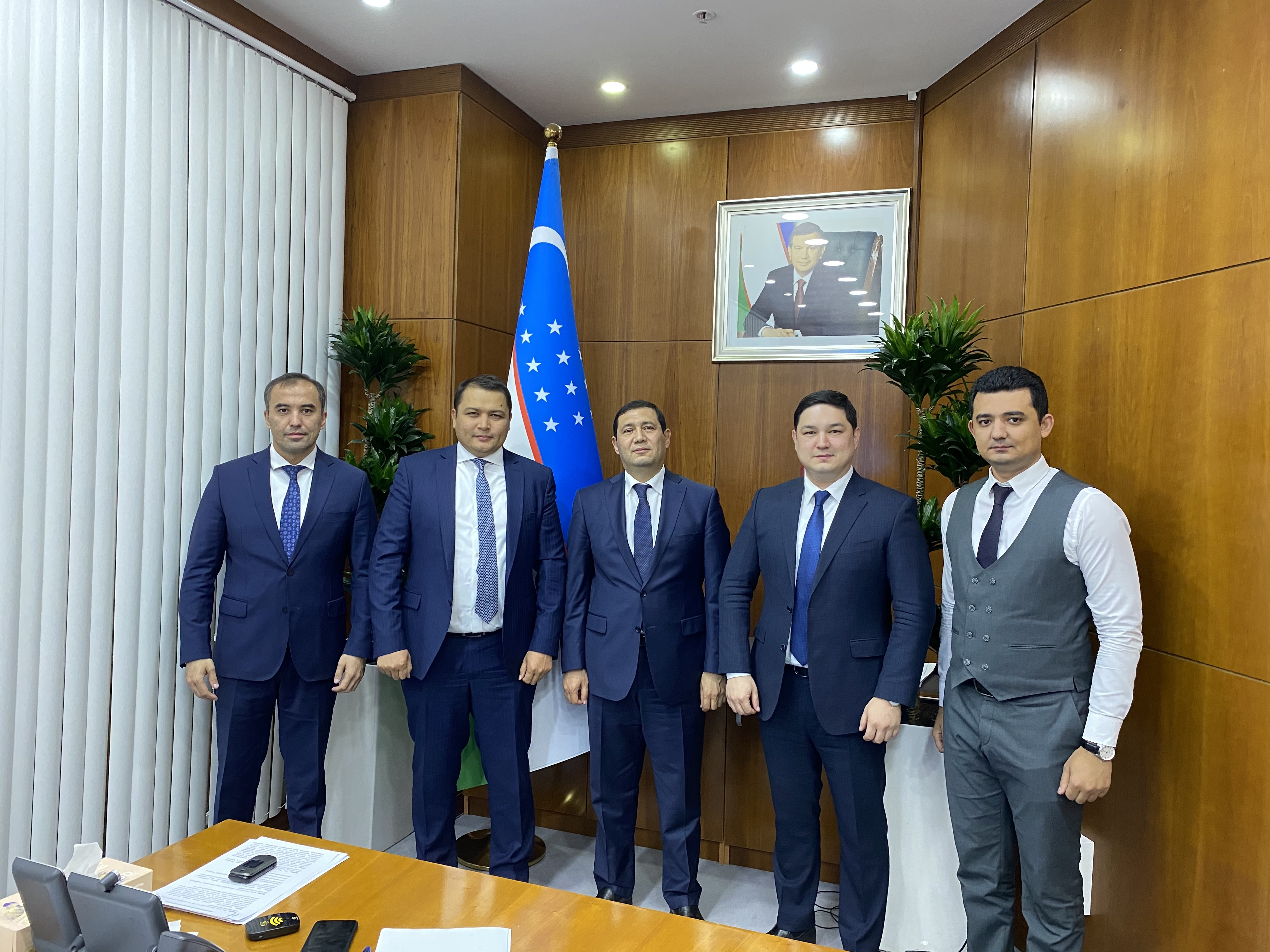 The National Bank of the Republic of Uzbekistan for Foreign Economic Activity (hereinafter referred to as the Uzbek National Bank or Issier) issued 5-year Eurobonds worth USD 300 million on the London Stock Exchange. Thus, it became a full-fledged participant in the international capital market.

On January 24, 2020, during the next Address to the Senate of the Oliy Majlis and the Legislative Chamber, President of the Republic of Uzbekistan Shavkat Mirziyoyev separately noted the need to take measures to further develop the banking system and the capital market, including to raise long-term investment from commercial banks, as well as the need to enter the international capital market.

The international capital market plays an important role in ensuring stable economic growth in the country and the large-scale raising of foreign investment.  The successful floating of sovereign Eurobonds of the Republic of Uzbekistan in 2019 opened up new prospects for local enterprises and for the Uzbek National Bank to enter international markets. 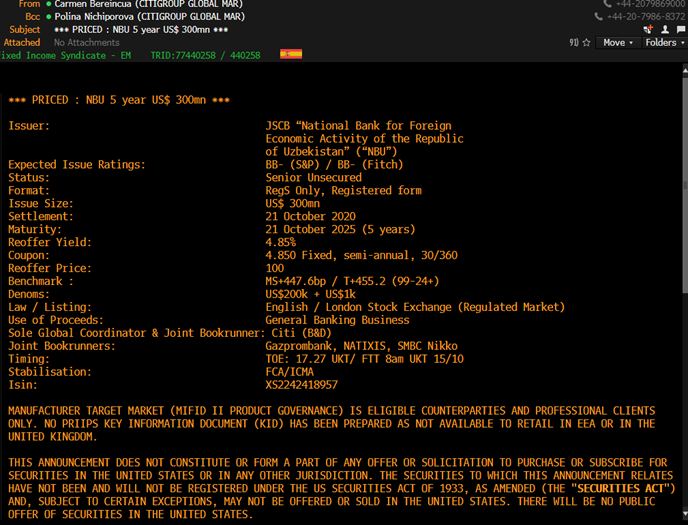 Today, the Uzbek National Bank is the Republican leading bank in raising funds from financial institutions, upgrading leading sectors of the economy, as well as financing investment projects of priority and strategic importance.

The roadshow held on October 12-13 this year included a global audio conference (Global Investor Call) involving over 70 global international investors from the USA, Europe, the Russian Federation and Asia. During this event, the Ministry of Finance and representatives of the National Bank informed investors about the current macroeconomic indicators and the course of reforms in the economy and the banking sector of the Republic of Uzbekistan. In particular, they noted that the issue of Eurobonds by the Uzbek National Bank is relevant not only for the Bank but also for the whole country.   Also, there were individual meetings with about 12 large international investors, including the overall answer to their questions.

On October 14, 2020, the first interest rate was set at 5-5.25% (low-5%) according to the recommendations of financial advisors based on investors' suggestions. At 08:15 London time, the order book opening was announced.  At 17:00 London time, the interest rate and coupon of the international bonds issued by the Bank were determined.   The final cost of the coupon amounted to 4.85% per year was decreased by 0.30% from the initial interest rate during trading due to the high demand from investors and the fact that this was twice the volume of issue.

Such a successful floating of Eurobonds means the positive assessment of the reforms in the country by international investors.

It is planned to send the funds raised by the Bank to the financing of strategically important large investment projects in the economy and the development of entrepreneurship.

For reference: the Eurobond is a certificate of indebtedness placed among foreign investors through a syndicate of international underwriters issued for the Issuer in the foreign currency.